Vladimir Putin, George Bush, and Bill Gates were called in by God. God informed them that he was very unhappy about what was going on in this world. Since things were so bad, he told the three that he was destroying the Earth in 3 days. They were all allowed to return to their homes and businesses and tell their friends and colleagues what was happening. God did tell them though, that no matter what they did he was ”not” changing his mind.

Bush went in and told his staff, ”I have good news and bad news for you. First the good news . . . there ”is” a God. The bad news is that he is destroying the Earth in 3 days.”

Putin went back and told his staff, ”I have good news and terrible news. The first is that there ”is” a God. The second is that he is destroying the Earth in 3 days.”

Bill Gates went back and told his staff, ”I have good news and good news. First, God thinks I am one of the three most important people in the world. Secondly, you don’t have to fix the bugs in Windows XP. 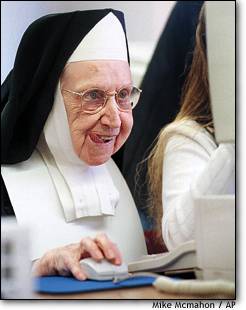